We are pleased to announce our first movie night series at REVERSE, which will take place every Monday from 11/5 to 11/26 at 7:00 PM.

This film series, organized by Macarena Fernández Curotto and Omar Zúñiga Hidalgo, is meant to serve as a brief introduction to the diverse voices within contem- porary Chilean cinema.

The films are very different in their sense of style, but provide us with a glance into the country’s buoyant creativity. Sebastián Lelio, Sebastián Silva, Dominga Sotomayor and José Luis Torres Leiva are directors whose work has been widely recognized internationally, and we are pleased to be able to show their work to a New York audience.

As it is REVERSE’s mission to support budding talent in New York, we have paired each one of these Chilean feature films with a short by filmmakers from the Gradu- ate Film Program at New York University such as Jonas Carpignano, Marie Constantinesco, Constance Meyer, and Omar Zúñiga Hidalgo.

Comedies in black and white, that smartly play with the thin line between the existential and the absurd. 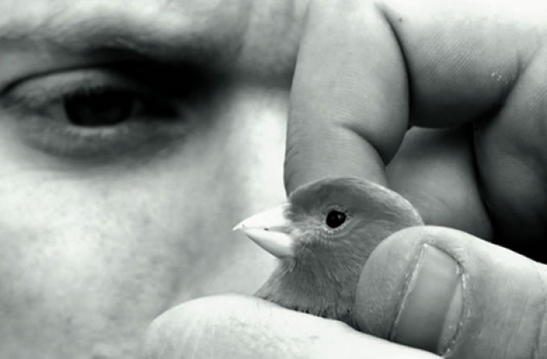 SYNOPSIS — Gaspar, a lonely, young cinematographer, is affected by his brother’s death. Unable to deal with his over achieving sister and sick grandfather, Gaspar spends his time with Susana, an eccentric actress who believes she is making her masterpiece, an avant-garde short film. When he meets Alvaro, an idealistic traveler whom Susana picks up on their way to a funeral, Gaspar’s life changes. These characters embark on a series of adventures that help them unearth the fragility and value of human existence.

DIRECTOR — Sebastian Silva (Santiago, 1979)
Born in Santiago Chile in 1979, Sebastián Silva is a multifaceted artist whose body of work includes painting, illustration and popular music. He studied filmmaking at Escuela de Cine de Chile for a year before leaving to study animation in Montreal. While seeking out a living selling shoes, Silva mounted the first gallery exhibition of his il- lustrations and started his band CHC who have since gone on to record three albums. His first film, “Life kills me”
was a critical success, garnering multiple awards including Best Film from the Chilean Critics Circle. Silva wrote and directed “The Maid”, that won the Grand Jury Prize at the Sundance Film Festival.

SYNOPSIS — Frank-Etienne is a door-to-door salesman
on a mission to sell empty boxes in the middle of nowhere. Things go awry when he meets a young woman who is determined to take advantage of his kindness and his
car. Unable to resist her, Frank-Etienne finds himself in an increasingly absurd situation with the woman, her lover, and his dog.

DIRECTOR — Constance Meyer (Paris, 1984)
Before becoming a filmmaker and photographer, Con- stance studied literature and history at La Sorbonne. After receiving her MA she started to work in theater and film
in France. In 2010 she moved to New York where she entered NYU’s Graduate Film program. “Frank-Etienne” is her second short film.

Special thanks to: Box Production

MONDAY 11/26
Short: A Chjàna, by Jonas Carpignano
Feature: The year of the tiger, by Sebastián Lelio